A Chronological History of Occupational Therapy in Utah 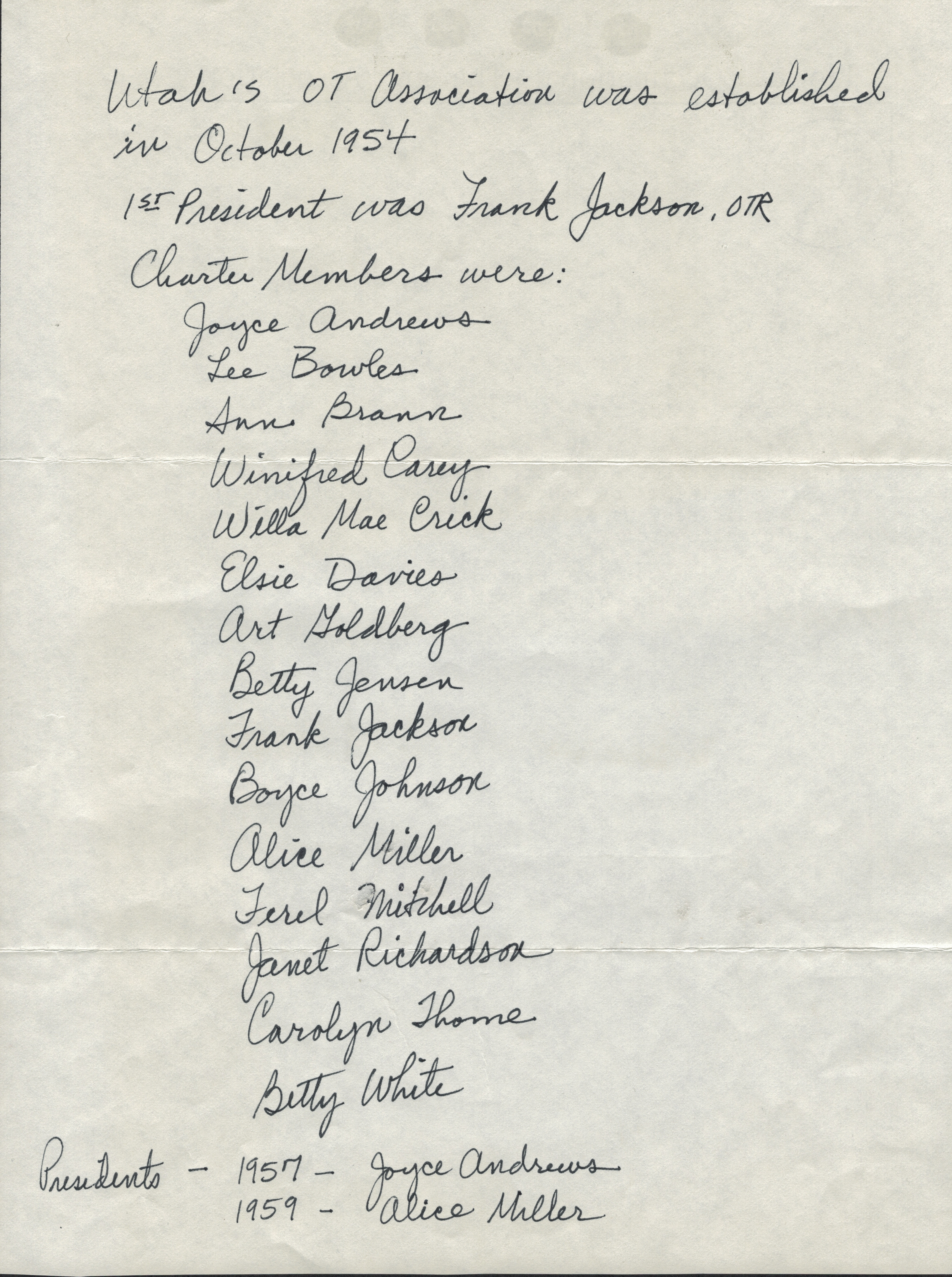